REVIEW 2015
In 2005 some friends decided to realize the dream they had since they were children: to produce their own Erbaluce, to retrace the path of their grandparents. The dream came true and we could taste it, enclosed in the bottle of Masilé 2011, foul-mouthed in 2014. The slow maturation on the yeast has further ennobled the already precious vine, to enrich it with perfumes and exciting sensations. It is easy to notice the concise and lightly toasted bread crust, the spices together with wildflowers; ripe fruit preserved in alcohol adds roundness and complexity to a wine ready to drink.
Vini Buoni d’Italia – Touring Club 2015 grades:
Erbaluce di Caluso Spumante D.O.C.G. Masilé 2011:
Golden Crown (perlage program) – Highest acknowledgement for quality, smoothness to drink and wine-grape variety-terroir conformity
4 stars – Guide Highest acknowledgement
“Wine Lovers” crown – Highest acknowledgement conferred by a panel of wine lovers within the project “Today I confer the crowns”
First place overall as the best sparkling wine for Christmas

REVIEW 2014
The association of these nice and dynamic six friends, who, guided by a common passion, have the goal of reviving the Erbaluce quality production, in its various manifestations, continues to give satisfaction. From the estate vineyards, located on Settimo Rottaro and Azeglio hills, the grapes are sent to their cellar in Piverone, where processing takes place, followed at every stage with the utmost attention and care. There could be no better way to celebrate ten years of activity if not with the Crown conquered by Anima, their still version. Hints of hawthorn flowers, decided almond finish composed of citrus notes and sharp flavor.
Vini Buoni d’Italia – Touring Club 2014 grades:
Golden Crown 4 stars – Erbaluce di Caluso D.O.C.G. Anima 2014: among the best 10 Piedmont bottles
1 star – Erbaluce di Caluso Passito D.O.C.G. Venanzia 2010 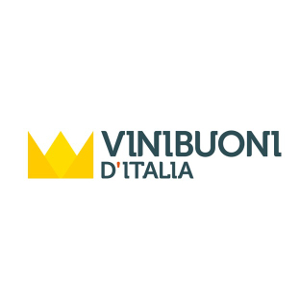